These individuals are recognize for their achievements through employment! 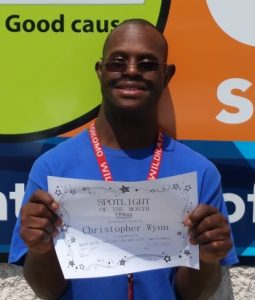 Chris has recently overcome some medical problems. No matter the issue, Chris has continued to strive to do his best at work.

He has come a long way in reaching his goals, and he needs very little prompting at work. Chris cleans the bathrooms at Goodwill, and he also wipes down the donated items.

He has a great attitude and an upbeat personality. Chris greets everyone with a smile and kind words. Chris enjoys having a job and spending time in the community. 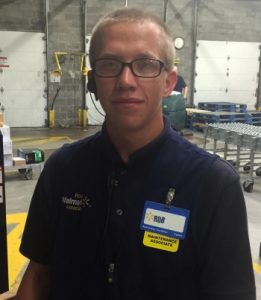 Robert recently had an annual review at work. His supervisor stated many times that Robert is a role model for all employees of Walmart.

He received the highest possible scores on this performance review. He has been asked to train other employees.

Robert is always pleasant and goes out of his way to get his job done. 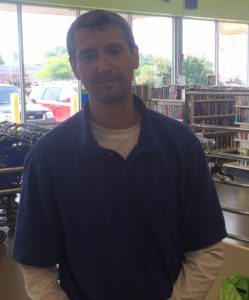 Seth has been working with WFD for a year. Over the past few months, Seth has made so much progress and shown a lot of personal growth. Seth has worked very hard to find a job.

He comes to the WFD office to work on computer skills. Seth follows through on all recommendations made by his employment specialist.

He was recently hired at Goodwill as a cashier. Seth has a good work ethic, and he is doing everything he can to be successful.